Three veteran instructors share their journeys in an industry that did not always support their efforts, yet the value that their love of fitness has given them is immeasurable. 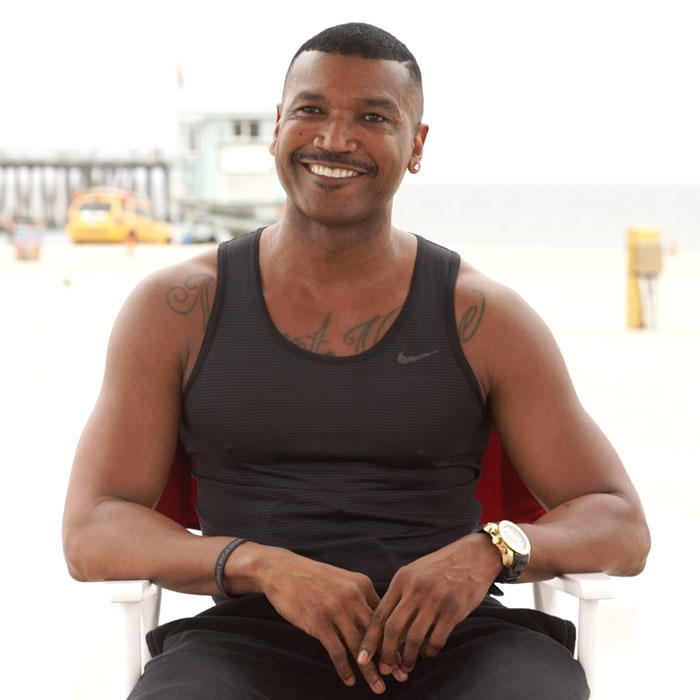 It was never my intention to have a career in fitness. My plan was to become a lawyer and advocate for the underprivileged. While in school, I accepted a part-time job at a gym for the free membership and began taking group fitness classes. I was the front-row junkie. Once, an instructor didn’t show up and I was encouraged to teach the class. I had never taught a class, but I figured, why not? In retrospect, I am sure it was probably the worst class ever, but even so, I had been bitten by the teaching bug.

The list would be too long to name everyone. People believed in me when I had little faith in myself. An instructor named Henry mesmerized me with his choreography, music and infectious energy. I thought to myself, “that’s the kind of teacher I want to be.” I attended every class he taught and stood in the front row right in front of him and absorbed everything. Before long, he noticed and took me under his wing. He not only became my mentor but became my best friend for life.

One of my biggest obstacles was my own lack of confidence in my abilities. I questioned if this was something I could do. If there was “space” for me. There were very few instructors of color and even fewer people of color in classes. I reminded myself that I felt the same way when I attended a predominately white university. I knew failure was not an option. My existence and success could have an impact on whether more people of color would attend in the future. I did not buckle; instead, I worked harder and demanded more of myself. I took the same stance once I committed to being an instructor.

I admire many people in fitness—too many to name. Some are famous and others you’ve probably never heard of. For some, my admiration is in direct relation to their fitness contributions and for others, it is their overall character and how I am inspired by them: Sara Kooperman, Donna Cyrus, Linda Shelton, Jillian Michaels, MaDonna Grimes, Lisa Wheeler, Jeanette Jenkins, Calvin Wiley, Cassie Ho, Shaun T. I could go on and on.

I find inspiration from “everyday” people; my participants and instructors who attend my workshops. I am mostly inspired when I see more people of color who are top-level instructors, packing classes and presenting as headliners at fitness conventions; when they are prominent fitness influencers and changing lives. I’m inspired when they are group fitness leaders for large organizations, and when they are studio owners. I look at all of this and I am inspired and motivated. 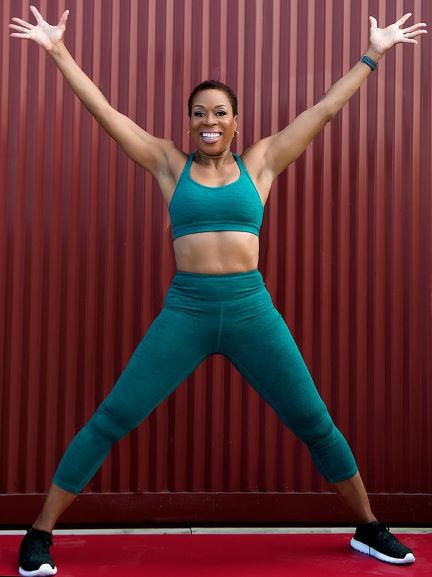 I began teaching in 1972 at my high school. I studied dance and I enjoyed teaching. I converted the warm-ups from my contemporary dance classes and taught an academic credit-based class called “Body Control” to other students under the supervision of my physical education teacher, a former dancer. In 1976, I began teaching dance fitness at Body Works Fitness in Miami, Fla. I made a steady income and it kept me in good shape between dancing gigs. In the early 80s, I lived in New York City where “Aerobic Dance” was the new fitness craze and demand for instructors was high. I loved to perform, I looked good in a leotard and my classes were popular. Teaching fitness gave me the same satisfaction as performing. I had the energy to teach 18-plus classes per week, paychecks were steady and people applauded at the end of class.

Initially, my performing friends helped me. They knew I loved to teach any kind of movement and would always refer me to their contacts. That’s how most people got hired. At the time, how you looked was a big factor since formal training and certifications were nearly non-existent until the mid-1980s.

As the industry became more mainstream, the focus on an “ideal” body type probably caused me not to be considered in some markets. I remember applying at a famous barre studio in NYC and feeling rejected because of comments regarding my “muscularity.”

How did you overcome any adversity?

My parents gave me unconditional love and support. They exposed me to the arts at an early age by enrolling me in a neighborhood dance school run by a young black woman who loved dancing and created a school in the basement of her home. This is unique because my parents grew up in the 1920s and 1930s in rural Jim Crow south. They didn’t go to movies, plays or mainstream entertainment because of segregation. They migrated to Chicago during the Great Northward Migration, seeking a higher standard of living and greater opportunity. Their faith and strength gave me the confidence I needed to overcome any adversity. They encouraged me to pursue my dreams, while cautiously navigating discrimination.

I find inspiration everywhere and especially from my students. 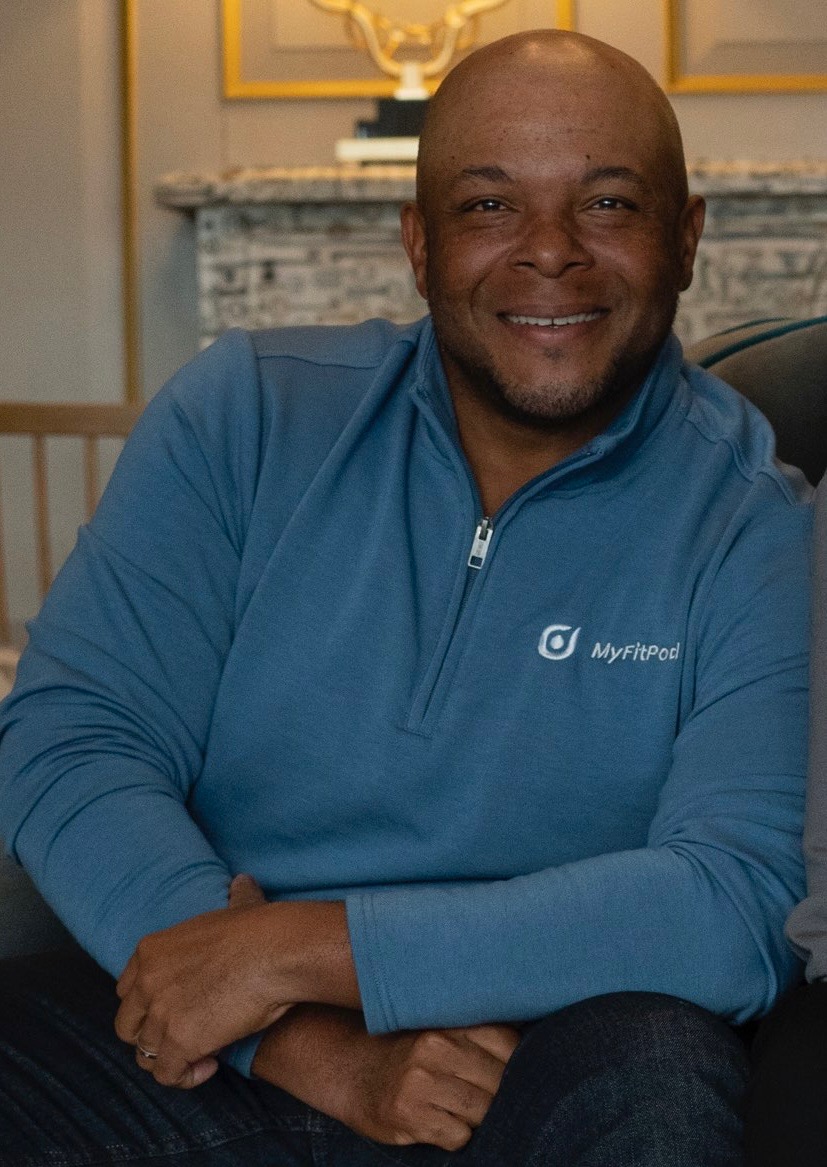 My fitness career started in September 2001. I was overweight and walked into a Les Mills BodyPump™ class. A recent college graduate, I needed to lose weight, and my employer paid for my gym membership if I went regularly. Eight months later, I was 80 pounds lighter and absolutely addicted to BodyPump. I completed my first instructor certification with Les Mills, and later taught numerous Les Mills classes and became a National Master Trainer/Presenter for six different formats. I worked in business development for Les Mills in their Midwest and South Central regions. I went on to work for 24 Hour Fitness (which was then Fitness Connection), starting as a Regional Group Fitness Manager. I was promoted to Vice President of Fitness, Corporate Sales, Talent Management, and ultimately People Development and Inclusion. I left Fitness Connection in July of 2020 to grow Hospice Care Partners with my spouse and co-founded MyFitPod with Maria Turco last fall. In November, we were accepted into TechStars’ Future of Longevity Accelerator. Interestingly, Maria was the BodyPump instructor for the class that started my career!

I had many mentors, including those who guided me while I was a student at Swarthmore College. A Professor of African American History, Allison Dorsey once said to me, “Rodney, unused potential is far worse than having none at all.” It lit a fire under me then and I think about it often. It still drives me to this day.

I give much of the credit for my success to my colleagues who invested in me over the years. I am greatly appreciative of their guidance and wisdom and would not have made it to where I am today without them.

The biggest obstacle was transitioning from being a fitness creator to becoming an executive and entrepreneur. I spent many years “on the stage” delivering workout experiences and “performing” for my participants and employers. For years, I undervalued myself, my talents and my earning potential. I knew that my professional aspirations and talents extended far beyond being on a stage or wearing a headset, but?it felt “safer” than the boardroom. I was gay. I was black. It was the early 2000s and I was different. As I taught less and transitioned more into leadership, I struggled to find a balance between confidently demonstrating my potential in the boardroom and making other leaders around me less uncomfortable or insecure. It was hard being told that it wasn’t “my place” or that I was being “disrespectful” when I openly voiced my disagreement or asserted my opinion in meetings. This wasn’t how my peers were often treated or received. It took a long while for me to accept that no matter how badly I wanted to, like a flower, I could not blossom without sunshine.

How did you overcome any adversity?

My experience in the fitness industry has been great. When I first started teaching group fitness, I made $12/hour. Looking at my various positions in organizations (Les Mills, Fitmarc, 24 Hour Fitness, Gold’s Gym, the YMCA, and Fitness Connection), some would likely say that “I made it.” They might even say that my journey is living proof that “racism in the fitness industry does not exist.” However, if they did, they would be wrong.

While I have achieved many things in my career and have persevered, I would be dishonest if I said that my experience in the fitness industry has not been impacted by racism and discrimination.

In my experience, the key to overcoming adversity is intentionality. Understanding and assessing the environment and the situation that you are in and being honest with yourself about what can and cannot be changed. Not only is this empowering, but it also helps you maintain clarity about what you can do to proactively improve your circumstances. The conversation really isn’t about “overcoming adversity.” It’s about deciding when you are no longer willing to tolerate it and taking action to thrive beyond it.

One of the people I admire most is my older brother, Kevin. Fitness absolutely turned Kevin’s life around. After dropping out of school and going to jail, Kevin turned his passion for working out into a lifesaving career. He earned his first personal trainer certification 15 years ago and has never looked back. Today, he’s built his own brand, is his own boss and is a powerful role model to his three daughters and the dozens of aging adults he trains each day. He’s turned what should have been a death sentence into a six-figure career and stability for his family. Kevin is a fitness hero.

I find inspiration by finding and mentoring fitness professionals like Kevin. There is so much talent and potential within our industry and specifically within the hearts and minds of black and other minority creators of color. Helping people find the confidence and resilience they need to “level up” and manifest their fullest potential is my life’s purpose. That’s why Professor Dorsey’s words from 25 years ago still drive me today.

The Ultimate Benefit of Physical Activity

6 At-Home Chest Exercises You Can Do Without Any Equipment

Morning Routine: Stave Off Dullness With These 5 Workouts

What ~Exactly~ Is the Keto Diet?

Type 2 Diabetes: Is the Keto Diet Right for Me?

Join Our Newsletter For Weekly Updates.